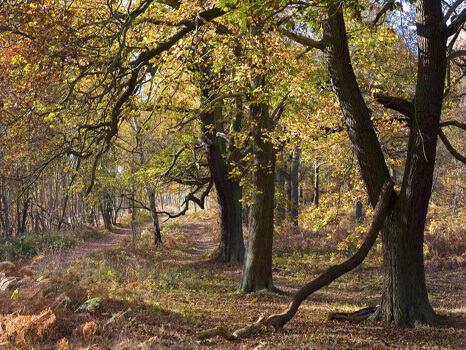 The spring and autumn seasons are the most suitable for the development of the Shiitake mushrooms in their natural environment. That is the time when they release their spores. The spores start floating in the air for thousands of miles turning into silvery dust on the branches of the trees. The immune system of the living branches manages to fight the spores, but stumbled onto the dry ones, they quickly manage to colonize the bigger part of the already dead tree. The weak and dry branches cannot withstand the next storm and they break.When they fall on the ground, the Siitake spawn wakes up. With the rains and temperature variations during the day and night the first mushrooms will appear.

The natural environment of the development of the Shiitake mushrooms requires all these factors to be present at an exact time, which, on the other hand, makes their presence at one and the same time and place really difficult. 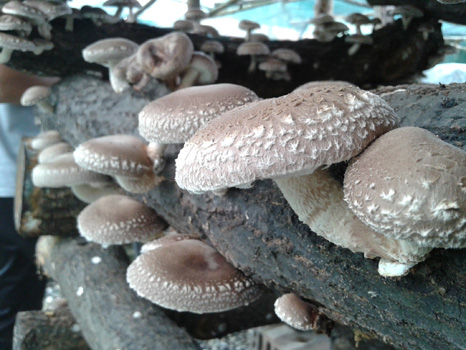 The shiitake mushroom has a three-thousand-year history of cultivation and is the most preferred edible mushroom in Asia. In 1978, its cultivation  gives sustenance to almost 190 000 people in Japan. The dried shiitake mushroom is one of the main agricultural exports of the country at that time. In 1940,  the successful cultivation of the mushroom using a new technique began. The method approximates as closely as possible to the mushroom’s development in its natural environment and in fact this is the method by which we work today. Wood with a small diameter (preferably Oak) is selected, which is usually cut down in winter. The wood must then be infected with a mixture of sawdust and spawn in the early spring. The incubation period lasts from 8 to 12 months and after that time the harvest from the infected trees can be for a period of 3 to 5 years, which usually happens in spring and autumn.

The shiitake mushroom (also called the Emperor mushroom and "Ginseng mushroom") has been used for medicinal and culinary purposes. This exotic mushroom took its name from the "shii"-chestnut and "take" – wood, meaning "mushroom that grows on chestnut”. In fact it also grows on maple, hornbeam and oak. The mushroom is very tasty and has been cultivated for food and medicinal purposes in Asia. Although this product has been well known in Asia’s food culture for more than 2,000 years, it became popular recently in Europe, due to its great nutritional value. Also known as the elixir of life, it contains valuable minerals, amino acids, and a large amount of vitamins.